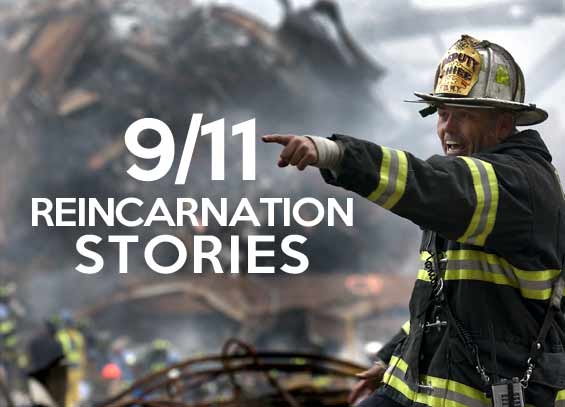 911 Reincarnation Stories. It was a terrible day for humanity: There was fire, fear, and lots of pain on September 11, 2001, in New York City where an attack performed by radical groups killed thousands of people and still creates much controversy. But what if somehow these people who lost their lives there, were reincarnated? These days there are reports of children giving full details of what happened that September 11 at the World Trade Center, in a way only someone who was there would know. We’ve learned before about children remembering past lives. Are these children, reincarnated 9/11 victims?

The reincarnation of a firefighter who died on September 11

Rachel Nolan is a mother who claims her nearly 4-year-old son, Thomas, is the reincarnation of a deceased firefighter. The boy has been talking for one year about what happened that September 11 during the attacks at the World Trade Center. It all started when the child was asked what he wanted to be when he grew up, to which he replied: “I don’t just want to be a firefighter, I have always been and already am a firefighter!”. This took everyone by surprise, but he went on to say: “I used to get up in the morning, go to work and in the evenings I would come home and take off my fire proximity suit.”

The mother thought that these were just children’s games, although she found the level of detail to be unsettling, for instance, he said he used an ax to check if there was fire behind walls and to flee if there was danger at the site, but something more shocking than this occurred when the boy saw a picture of the World Trade Center in a magazine and said, “The bad men burnt these buildings, and people had to jump and I couldn’t help”, “There were people waiting for firefighters, waiting for me but I could not get there to help them.”

Hearing all the details given by the boy, his mother concluded that someone had reincarnated in the body of her son so she asked him how he got there. Thomas gave details of the exact model of the truck used by the firefighters in Manhattan, a Ford Johnson R8. Rachel kept listening to her son because in the family was no firemen and no one who could have given details of what happened in the attacks of 2001. The child spoke with confidence as if it were the firefighter living in that little body after reincarnating, something really incredible.

Another case of a child who claimed to be a firefighter who rescued people during the 9/11 attacks was introduced by a woman who called to a radio station, saying her son started to describe very specific circumstances of that day as soon as he started to talk. The boy even said that he had been able to decide that she was going to be his mother. This is a subject that is not commonly discussed in the United States, being a sensitive matter and very hard to prove.

Another mother named Lucia said that her 4-year-old had also started describing what happened during that same event on September 11, 2001, but in this case his son claimed to be a worker who died in the tragedy. When shown a photo of the towers he was able to identify the window where he worked and told his mother, “That’s where I worked, Mama”, the awesomeness of this case is that the child says he felt the building fall and even said: “Mom, I’m still buried there.”

These cases give us evidence of the inexplicable and strange phenomena of life after death. These reincarnation cases of September 11 leave more questions than answers, but a lot to say about reincarnation and past lives. Is this possible? Could these people who died tragically be returning to life on other bodies? Should these children keep talking and researching to find out?

Video: The Ghost Inside My Child: A Boy Remembers His Past Life

9 thoughts on “9/11 Reincarnation Stories: Children Who Claim Having Been at the WTC”

Become Certified in Past Life Hipnosys

The Best Books About Reincarnation. Several people have asked for information on books about reincarnation. There are many and varied,