14 Best Movies About Reincarnation to Inspire Your Soul

Movies about reincarnation can make us think about this attractive and complex theme that oscillates between the amusing suggestions of fantastic imaginary and the sacredness of the ancestral religions. Many films about reincarnation have examined the matter of life after death in several ways. For example, “Heaven can wait” could not be more different from films like “Little Buddha” and “Uncle Boonmee who can recall his past lives”, where the subject deals respectively on theories Buddhist and animist beliefs. Here’s our recommended list of Movies about reincarnation:

Joe Pendleton (Warren Beatty) is a famous quarterback playing for Los Angeles Rams, who is preparing for his Superbowl match. When traveling by road with his bicycle he enters a tunnel and is involved in an accident with a truck. An angel takes his soul out of the body before certifying Pendleton’s death. As a cause of this mistake, Pendleton reincarnates in different people until he finds his new physical body.

Dead Again is a 1991 film directed by Kenneth Branagh, and starring Branagh himself, his then-wife Emma Thompson, Andy Garcia, Derek Jacobi and Robin Williams in the lead roles.

Mike Church is a private detective in Los Angeles who specializes in finding lost people. He takes the case of a mysterious woman whom he calls Grace (Emma Thompson). She suffers from amnesia and has no memory of herself. In addition, she has recurring nightmares about the murder of a pianist named Margaret at the hands of her husband Roman Strauss in the late 1940s. In an attempt to solve the mystery of these nightmares, Church, with the help of a retired journalist (Andy Garcia) seeks the help of Madson, who is a former drug dealer with hypnotic powers. Hypnosis sessions will soon reveal some surprises.

Corinne (played by Cybill Shepherd) is very much in love with her husband. But one day he dies in an accident. When he arrives in heaven, he manages that they let him return to life, but is born again as Alex Finch (Robert Downey Jr.). However, in heaven, they forget to erase his memory, so twenty years later he casually meets Corinne and begins to remember everything and finally convinces that he is her late husband.

Corinne’s daughter (Mary Stuart Masterson) falls in love with Alex, having no idea of her mother’s true relationship with Alex, who is much younger than her. But in heaven, they wait for the occasion to correct their mistake and make Alex forget everything about his past life.

Audrey Rose is a 1977 American film of the horror genre directed by Robert Wise, with Marsha Mason and Anthony Hopkins as main actors. It is based on the homonymous novel written by Frank De Felitta and published in 1975. The book had a sequel titled For Love of Audrey Rose that has not been adapted to the screen.

Although the promotion of the book and film stated it was “based on real facts”, this one was based on the alleged innate ability of De Felitta’s son to play the piano, which led to convince his father that he had learned to play music in a previous life and ended up using the idea for the film.

Jesse Konrad is an American child living with his parents in Seattle. One day, a delegation of Buddhist monks appears at home who believe Jesse is the reincarnation of a respected lama. At first, both the child and his parents do not believe what these unknown men are telling them, but they decide to travel with them and discover a new culture.

One winter day, a young man jogs in the park when he suddenly collapses and dies. Just at that moment, a child is born. Does the end of one life relate to the beginning of another?

Tom is a workaholic businessman seeking success at any price that systematically ignores his wife Carol and her son Brian. But Tom’s perspective changes when he dies in a car accident and is reincarnated in Fluke, a large brown dog.

Uncle Boonmee Who Can Recall His Past Lives (2010)

The story centers on the last days of the life of the character who gives the film its name. Together with his family (including the ghost of his late wife and his lost son who returns in a nonhuman form) Boonmee explores and remembers his past lives while contemplating them.

Directed by Alan Rudolph, script from Bruce A. Evans and Raynold Gideon.

A romantic drama set in the 1950s about two twin souls who are literally in heaven. Mike Shea (Timothy Hutton) is a young man who travels from Pennsylvania to California after breaking up with his girlfriend. Along the way, he rescues a mother and a child from dying in an icy river, but he dies drowned in the event. Far from disappearing forever, he ascends to heaven where he meets known souls.

Directed by Jennifer Fox. My Reincarnation is a film about Buddhism.

An epic drama between father and son, spanning two decades and three generations, about spirituality, cultural survival, identity, heritage, family, aging, growing up, Buddhism, Dzogchen, past and future lives. The film follows the famous Tibetan spiritual master, Chögyal Namkhai Norbu, as he struggles to save his spiritual tradition, and his son, Yeshi, who stubbornly refuses to follow in his father’s footsteps. Yeshi was recognized at birth as the reincarnation of his father’s uncle, a spiritual master who died at the hands of the Chinese in Tibet. But while Yeshi longs for a normal life, he can not escape his destiny.

Down to Earth is a 2001 film by Chris and Paul Weitz. The film stars Chris Rock.

After dying, an aspiring comedian has a second chance being reincarnated as an entrepreneur.

On the day of his birthday, when he has just bought a magnificent car, Daniel dies on the spot when he crashes another vehicle. Moments later he is surrounded by other newcomers to the Hereafter, who are also awaiting the decision of a court that, if unfavorable, will send them back to Earth to enjoy another opportunity in a new existence. The day before this process, Daniel meets a woman who drowned in a pool, and falls madly in love with her.

Being Human is a 1993 film played by Robin Williams.

The film describes the experience of a single human soul (represented by Williams) through several incarnations. Williams is the only actor common throughout the stories that traverse the history of man on earth.

In the 70’s, Om, an aspiring actor falls in love with Shanti, the beautiful actress starring in the film in which he works. In a mysterious event, the studio where the film is set on fire and both Om and Shanti die. 30 years later, Om has been reincarnated in Om Kapoor, who, remembering his past life, will try to discover the mystery of his own death and find the new incarnation of Shanti. Celebrated in a spectacular dance sequence to 31 of the faces and best-known names in the Indian film industry, ‘Om Shanti Om’ is one of the most expensive and successful films in the history of Bollywood.

Reincarnation and Soul Mates: How to Recognize a Love from a Past Live? 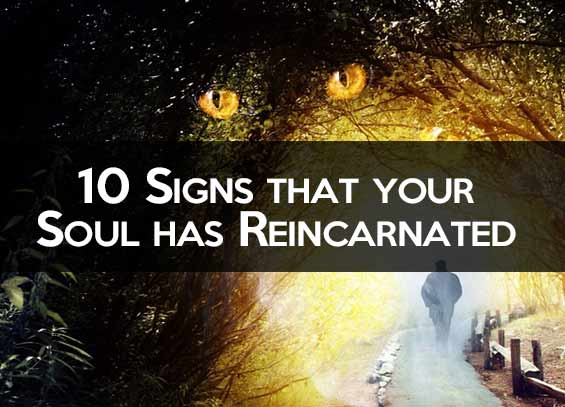 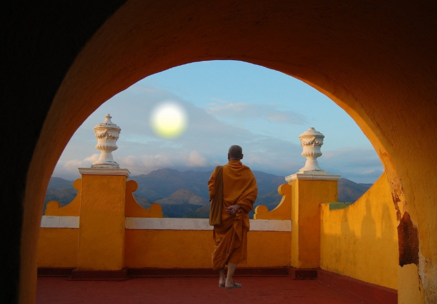 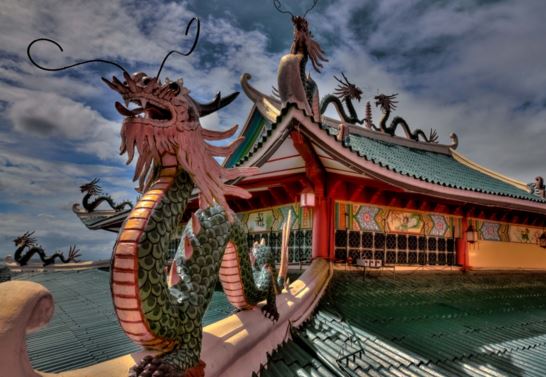 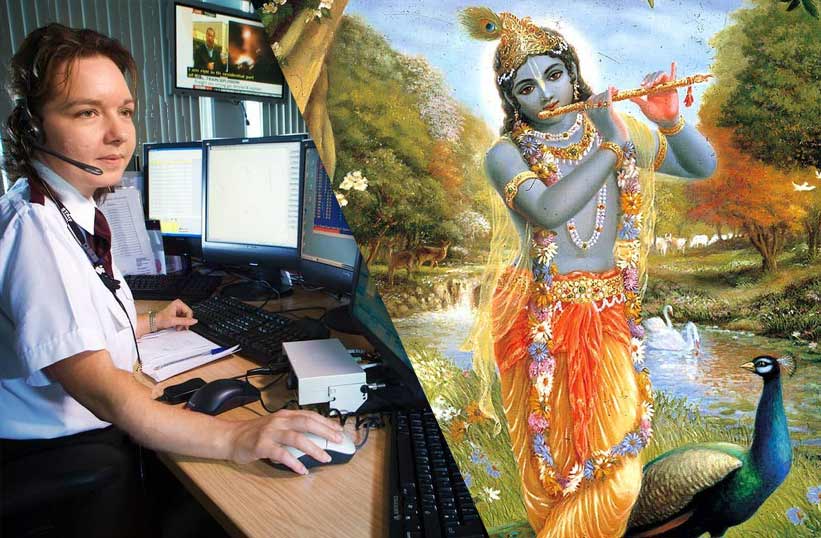 Read More
RReincarnation
What is the truth about reincarnation? As there is so much to say, so many concepts, so many… 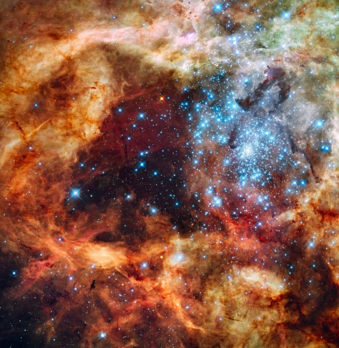 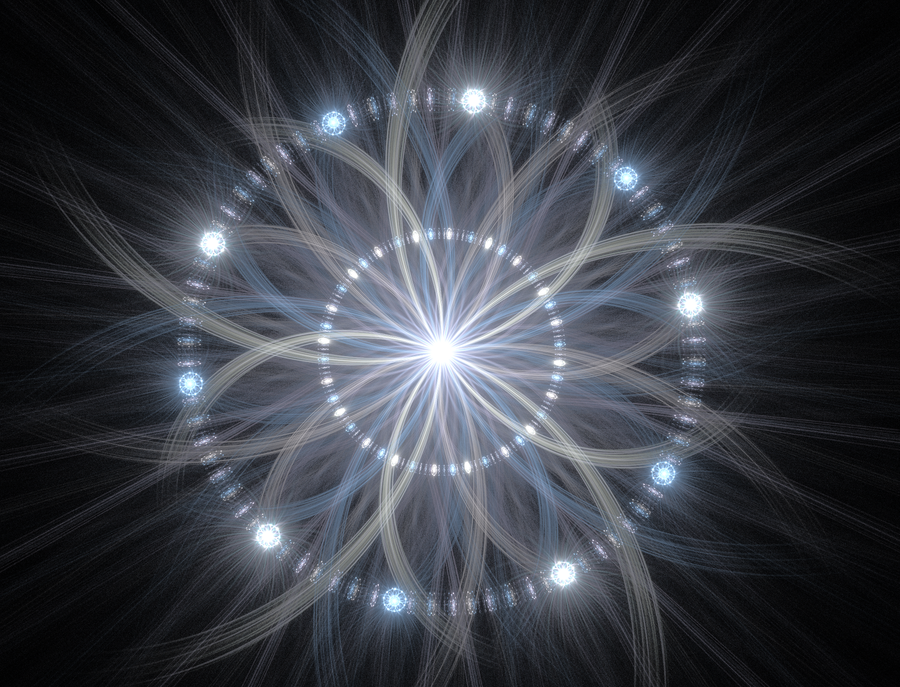