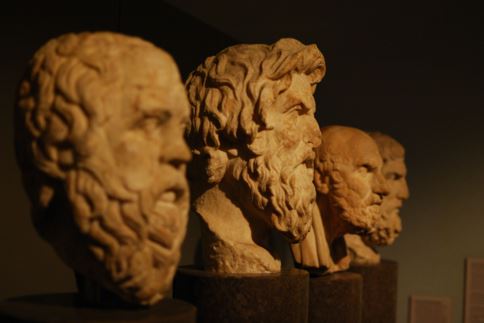 The History Of Reincarnation. We should not confuse reincarnation, resurrection and metempsychosis. Reincarnation itself is the return of the soul to the physical plane, in a new material body. The resurrection is the act of rising from the dead.

Within spiritualism, the soul can not regress. It can stay the same, but the evolution of the spirit does not allow backtracking. Therefore, spiritism admits reincarnation as the process of successive existences, retaking the spirit different physical vessels, but continuing from the same evolutionary point where it left for a new learning or to restore the balance lost in earlier stages. Let’s learn about the history of reincarnation in this article.

Historically speaking, the theory of reincarnation is as old as the history of man. Reincarnation arose in northern India between the years 1000 and 600 BC, just at the time that David and his descendants ruled Israel until the fall of Jerusalem. The first reference to reincarnation idea is at least 2600 years. It appears in the Upanishads, the sacred scriptures of Hinduism, to date the largest religion in India.

As Hinduism is the great progenitor of so-called Eastern religions and others born in the West, these religions have spread around the world the theory that the soul inhabits several different bodies through the centuries and in different worlds.

In the 6th century BC, two new religions appeared in India, both had its origins in Hinduism and still exist. The first is Jainism, founded by the Indian prince Nataputa Vardamana (around 599-537 BC). The second is Buddhism, founded by Siddhartha Gautama, known as Buddha (563-483 BC). The biggest concern of Vardamana and Gautama, more or less contemporary to biblical prophets Haggai, Zechariah and Malachi, was how to cross the “river” which separates samsara (the endless cycle of rebirths) from moksha (the final release).

In this same century, the Greek philosopher and mathematician Pythagoras, born around the year 580 BC, stated that the soul was immortal, and after the death of the body, could own another body, sometimes an animal. Hence the Greek word metempsychosis, meaning transmigration. As far as we know, this is the first time that the theory of reincarnation was mentioned in the West.

In the following century (5th), Plato, a Greek philosopher, born around the year 427 BC, taught that the soul is born many times, even for 10 thousand years, and then it parts to heavenly bliss.

More than 600 years after the death of Plato (347 BC), several monks began to preach the final restoration of all beings, even the devil and angels, through a purification process, which included reincarnation. This theological current, known as Origenism was gradually refuted, condemned and eliminated in the first half of the sixth century.

More than 1,600 years passed before reincarnation received its greatest modern impulse. The first occurred in France with a doctor of academic excellence named Hippolyte Léon Denizad Rivail (1804-1869), who adopted the name of Allan Kardec, of whom he claimed to be a reincarnation. Following the publication of his first book (The Book of Spirits), in April 1857, Kardec started a new religion known as spiritism (more accurate than spiritualism, born just before in the United States) or kardecism, which developed much more in Brazil than in Europe. The second major thrust took place in the United States 18 years later, in 1875, thanks to the joint effort of the Ukrainian Helena Petrovna Blavatsky (1831-1891) and the American Henry Steel Olcott (1832-1907). The two founded the New York Theosophical Society, which was later moved to Adyar, India. In his book The Secret Doctrine, Blavatsky states that “the basic doctrine of the Esoteric philosophy admits no privileges or special gifts in man except those won by his ego through personal effort and merit, through a long series of metempsychoses and reincarnations.” Especially with Kardec, the doctrine of reincarnation has become widespread with great momentum.

In the late 19th century, the first Hindu sect arrived in the United States, with the instrumentality of the eloquent Indian teacher Swami Vivekananda (1863-1902). After a warm conference at the Parliament of World Religions, held in Chicago, Vivekananda founded in New York in 1895, the Vedanta Society, whose emphasis was naturally reincarnation.

A century after the “invasion” of Christianity in the East, began the “invasion” of Eastern religions in the West. It is curious to note that the first Protestant missionary of modern missions, the Englishman William Carey, arrived in India in 1793, at the age of 32 years. The Indian teacher who founded the Vedanta Society reached the United States exactly 100 years later, in 1893, at the same age Carey had done so (32 years). Carey preached forgiveness of sins by the vicarious sacrifice of Jesus Christ and Vivekananda preached the opposite: every evil committed would be repaired with personal atonement in this and other incarnations.

Besides Hinduism (we do not know when it started), Jainism and Buddhism (sixth century BC), Rosicrucian (14th century) Sikhism (15th century), spiritualism and theosophy (19th century) – religions that preach the doctrine of plurality of existences – the 20th century marked the emergence and expansion of several other reincarnationists religions

It started with Christian rationalism, founded in Brazil in 1910, by the Portuguese Luiz de Mattos (1860-1926), for whom the forgiveness of sins means indulgence.

Then came anthroposophy, a German dissent of Theosophy (1913); known as Seicho-no-ie, founded in Japan in 1930 by Masaharu Taniguchi (1893-1985); the World Messianic Church, also founded in Japan in 1935 by Mokiti Okada (1882-1955); the Brazilian Legion of Good Will, founded in Rio de Janeiro in 1950, by David Abraham Alziro Elias Zarur (1914-1979), who said he was the reincarnation of Allan Kardec; Scientology, founded in Washington in 1955 by Lafayette Ron Hubbard (1911-1986); Transcendental Meditation, one of the Hinduist branches, founded by Indian Maharishi Mahesh, now 90, and brought to America in 1958; the International Church of the Eternal Wisdom, founded by former Episcopal pastor Beth R. Hand (1903-1977) in 1962 in Philadelphia; and the Hare Krishna (International Society for Krishna Consciousness), brought to the United States in 1965 by the Indian Blaktivedanta Swami Prabhupada (1896-1977).

Uniting and covering all these religions and other esoteric movements that mix cults, beliefs and superstitions, there is an umbrella almost the size of the ozone layer. It is the famous New Age, also called the New Cosmic Consciousness. The New Age is not a sect, but a constellation of them.

Read also: Taoism: Reincarnation And Return Of The Soul In Taoism

This concludes our article on the history of reincarnation. Keep reading this website to learn more about beliefs regarding life after death.

4 thoughts on “History Of Reincarnation: The Ancient And Original Beliefs Revealed”

Become Certified in Past Life Hipnosys

These are 15 striking reincarnation cases that arouse curiosity and will make you wonder if this phenomenon really exists. Reincarnation